About the Redemptoris Mater Seminaries

The spiritual gift which priests receive at their ordination prepared them not for a sort of limited and narrow mission but for the widest possible and universal mission of salvation ‘even to the ends of the earth’ (Acts 1:8), for every priestly ministry shares in the universality of the mission entrusted by Christ to his apostles. The priesthood of Christ, in which all priests really share, is necessarily intended for all peoples and all times, and it knows no limits of blood, nationality or time, since it is already mysteriously prefigured in the person of Melchisedech. Let priests remember, therefore, that the care of all churches must be their intimate concern. Hence, priests of such dioceses as are rich in vocations should show themselves willing and ready, with the permission of their own ordinaries (bishops), to volunteer for work in other regions, missions or endeavours which are poor in numbers of clergy … To accomplish this purpose there should be set up international seminaries … by means of which, according to their particular statutes and always saving the right of bishops, priests may be trained and incardinated for the good of the whole Church.” (Presbyterorum Ordinis 10)

Since the early years of the Neocatechumenal Way, Kiko and Carmen (Initiators of the Neocatechumenal Way, which has been approved by the Holy See as an itinerary of Catholic Formation on 11 May 2008) have felt the need to promote vocations to the priesthood and the consecrated life. The Redemptoris Mater Seminaries were born due to the urgency of preparing presbyters for the New Evangelization. The true novelty that is at the base of the Redemptoris Mater Seminary is the inspiration of Kiko and Carmen to combine the specific training of the Priesthood Formation with the itinerary of Christian Formation of the Neocatechumenal Way. Each seminarian in his time of formation takes part in a neocatechumenal community. This helps him to deepen their human formation by the relationship with families, young people, and adults and so to be prepared to collaborate with them in their future ministry as well as to mature in the faith.

Redemptoris Mater Seminary in the Archdiocese of Armagh

Redemptoris Mater Seminary was established in Dundalk, Co. Louth in 2012. This institution is a new undertaking of the Archdiocese of Armagh to form priests for the New Evangelisation who will be both diocesan and missionary. Our vocations come from the Neocatechumenal Way which is an initiation to mature faith. When the seminarians will be ordained, they will be incardinated into the Archdiocese of Armagh and serve in the parishes of the Archdiocese, they will also be available, at the discretion of the Archbishop of Armagh, to serve as missionaries, both in other parts of Ireland and internationally, thus allowing the Archdiocese to have a new missionary thrust answering the Holy Father’s call for the New Evangelisation.

Upon Ordination the seminarians are incardinated into the local diocese and serve in the parishes and institutions of that diocese. After some time of priestly ministry in their diocese, according to the discernment of the Bishop, they are available to be sent in mission.

One of the main characteristics of these seminaries is their international nature, which makes concretely visible the deep communion and unity of all peoples as announced by the Christianity. This is shown in these seminaries which form young men from all over the world and prepare them as evangelizers, available to be sent to the ends of the earth. Experience has shown us that the union of the priestly formation with an itinerary of initiation to Christian life, provided by the Neocatechumenal Way, constitutes a great help for the psychological, affective and human formation of the forthcoming priests (prior to becoming priests, they are first of all Christians, and in their initiation to adult faith in the Neocatechumenal Way they deeply live and learn the true nature of communion, Christian obedience, the importance and practice of prayer, …). This formation also prepares them to serve in parish ministry. Their formation helps them to nurture living communities, which live an adult faith with a missionary nature, in communion with their parish priest and their Bishop.
This is in line with the suggestions of St. John Paul II, who founded the first Redemptoris Mater Seminary in Diocese of Rome. In Pastores Dabo Vobis 68, his letter on priestly formation, he emphasized that: “Associations and youth movements, which are a sign and confirmation of the vitality which the Spirit guarantees to the Church, can and should contribute also to the formation of candidates for the priesthood, in particular of those who are the product of the Christian, spiritual and apostolic experience of these groups. Young people who have received their basic formation in such groups and look to them for their experience of the Church should not feel they are being asked to uproot themselves from their past or to break their links with the environment which has contributed to their decision to respond to their vocation, nor should they erase the characteristic traits of the spirituality which they have learned and lived there in all that they contain that is good, edifying and rich.(210) For them too, this environment from which they come continues to be a source of help and support on the path of formation toward the priesthood.” 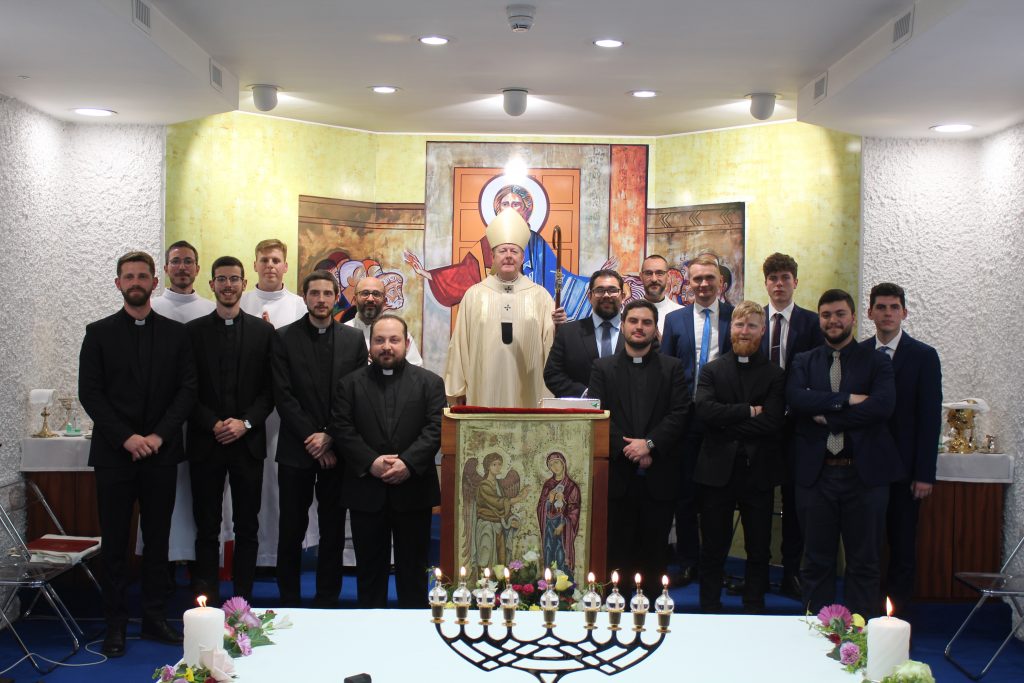